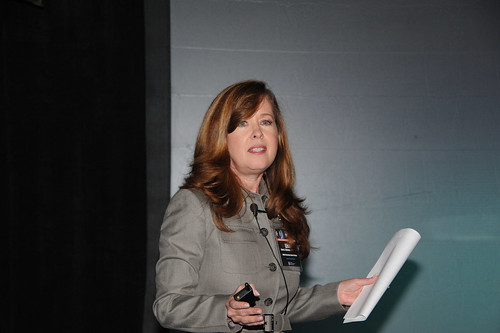 On October 1, 1958, the National Aeronautics and Space Administration (NASA) was created. John F. Kennedy Space Center in Cape Canaveral, FL was established in 1962 as NASA’s launch headquarters. The Space Shuttle program, which has been launching human beings into space since 1981. As NASA and the U.S. Space program have developed over the years, it has captured the imaginations of people from all around the world. The Kennedy Space Center is dedicated to providing public affairs programming to help others to envision the thrill and the science behind it all. Combined with key strategies to reach their stakeholders, their wide array of public relations tools provide for the widest possible dissemination about the U.S. Space program to the public. Although the future of human space flight is still under governmental review, today, they are preparing the media relations and communication strategies for what appears to be the final launch of the U.S. Space Shuttle, scheduled within the next 12 months.

Our speaker Lisa A. Malone, APR, CPRC serves as the director of Public Affairs at NASA’s John F. Kennedy Space Center. With more than 25 years experience in public affairs, she is responsible for overseeing news media operations, television, web, social media, exhibits and internal communications. She leads a diverse NASA and contractor team, which is tasked to disseminate information about NASA and Kennedy Space Center’s programs. She has been with NASA during most of the Space Shuttle program and managed public affairs activities for many historic launches including the Hubble Space Telescope, voyages to the Russian Space Station Mir, the International Space Station and both the Challenger and Columbia accidents. During her time at the space center, she has managed the KSC Visitor’s Complex, Government Relations and Education programs, VIP launch guest briefings, tours and launch viewing. She has served as a launch commentator for 15 years for Space Shuttle launches, and expendable launch vehicles including Atlas, Delta and other rockets. She graduated from the University of Alabama with a bachelor’s degree in communications and received her master’s degree in management from the Florida Institute of Technology in Melbourne, Fla.

John F. Kennedy Space Center is America’s gateway to the universe and NASA’s launch headquarters, housed adjacent to the Cape Canaveral Air Force Station. To get a grasp on the wide scope of this government facility, consider that the center:

With so much ground to cover, and deadlines fast approaching, Malone says they are working with as many tools as possible to communicate and provide content to the media for reporting. This includes websites for both the media and NASA staff to keep key audiences informed. A dedicated NASA Television channel broadcasts to provide media with daily live and recorded imagery, TV clips, video in High Definition of compelling space imagery, research activities, operations, launches, missions, landings. Other tools include social media channels, press briefings, press kits and releases, Access to experts and flight hardware for interviews, as well as access to the space center to cover events, and conduct live broadcasts. Malone says informational orientation tours are given to members of the media to provide them with advance knowledge and experience working in and around the space center, before it comes time to write their stories.

Of course this is all taking place on a deadline, and providing timely and accurate information is essential – not only for the media, but internally as well. Malone says that capturing the stories and experiences of the employees in their own words has been a large initiative. About 8000 employees are facing layoffs in the coming year. One video she featured at this presentation included a statement from several long time employees. Some excerpts:

You can read more about employee’s experiences and day to day observations from the NASA blog, including some from the Kennedy Space Center.