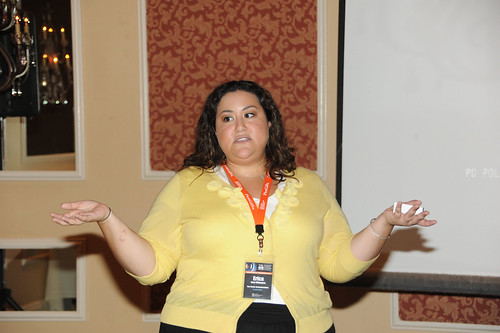 With only a month to go until Election Day and an electorate distracted by an historic presidential election, Ron Sachs Communications used limited resources to launch an Internet-based campaign to highlight Amendment 4’s conservation message.

In a breakout session, Erica Villaneuva, Senior Account Executive at Ron Sachs Communications, shared insights into how the Ron Sachs’ team designed and implemented a simple, strategic, funny and memorable campaign that educated and motivated Floridians to approve the statewide amendment. The novel campaign, featuring talking animals, helped to vault voter support from 37 percent to 68 percent on Election Day.

Goal – A 60% pass vote, as it is needed in Florida for approval.

Core Alliance – One person from the Florida Wildlife Federation also worked with The Nature Conservancy and the Audubon of Florida and was the main contact person for approval during the campaign generation period.

Situation Analysis – Some downfalls at the onset of the program included limited time, with only one month left for Election Day; a ballot that was confusing and full of legal jargon; and a small budget. Airwaves were also being flooded with negative political ads, such as the marriage ban and Obama vs. McCain election. Ron Sachs’ team needed something that would cut through the clutter and get noticed.

Research – Didn’t have much time for research to find out if people liked bears or not. Only had a month.

Planning  – Developed a logo. Played with the elements of the leaf, water drop and bear footprint to resemble the recycle trademark.

Key Message Points – Save land. Save wildlife. Save taxes. Yes on 4.

Q. Are there things you would have liked to do in combination with the things you did for this campaign?

A. Yes, we would have liked to do Facebook Ads, more media placements.

A. It wasn’t stressful at all. I had a lot of fun on Election Day because I woke up early and hung out with the bear in front of the courthouse all day. We were really just hoping for a 60% pass rate, and we were so happy to get 68%.