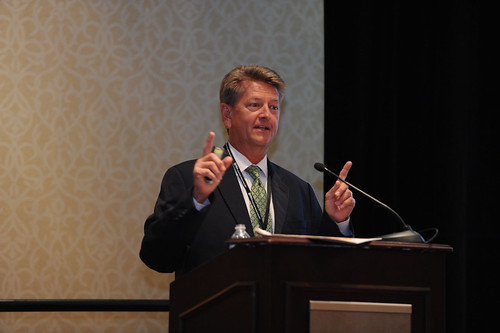 Lunch Time with the Tampa Bay Times
When Is It The Right TIME to Make A Name Change?
Bruce Faulmann, Vice President of Sales and Marketing
Tampa Bay Times
The Next Chapter

Newspapers are relevant to our democracy.  Seventy-five percent of all content comes from newspaper newsrooms to other sources, such as blogs, Facebook, Twitter, YouTube and more.  While newspapers used to compete with each other, today Florida newspapers share their stories.  A reader of The Stuart News can see a story from The Miami Herald or The Sun Sentinel in The Stuart News the day following the first time publication.

The well-known St. Petersburg Times was initially called the West Hillsborough Times when it was founded in 1884 in Dunedin, Fla.  It covered the St. Petersburg / Tampa Bay region and beyond until Pinellas County was established.  A druggist and businessman started the newspaper and in 1904, it was moved to St. Petersburg.  Then, the Poynter family purchased the paper.  When Nelson Poynter died in 1978, he donated the St. Pete Times to the Poynter Institute.

The Tampa Bay Times had 415,000 readers and was tops in its west Florida region.  It was 10th in  the nation ranking among the largest newspapers in the country. The larger region has been able to help the paper grow and excel.  The website has grown to 4.2 million visits in the last six years.

In 1985, the executive of St. Pete Times realized that the newspaper was boxed in with the Gulf of Mexico on one side and Tampa Bay on the other.  The paper bounced along with no real circulation area.  In 2000, The Tampa  Tribune announced a huge campaign, with little purpose in mind.

The St. Pete newspaper hired a branding firm to assist with reviewing reader bases and locations. Surveys showed 61 percent of readers were in southern Pinellas.  Today, 79 percent of readers are in a region from Hernando in the north end to Hillsborough and Pinellas counties in the south.

The St. Petersburg Times would shrink if it did not decided to expand.  Hillsborough has the exploding population.

In 2003, The Tampa Tribune (Tampa Times, Tampa Bay Times) stopped using the Tampa Bay Times name and at that time, St. Pete started to look at the title.  There was an effort to launch FREE weeklies and St. Pete wanted to use the Tampa Bay title.  Since it had not been used in many years, it was up for grabs and the newspaper put together an insert publication.  Lawsuits were flying over the name for many months.  Arbitration resulted.  Media General, who owns the competitor, agreed to a 5-year moratorium on the name.  The Times could use it for that time period.  Tribune thought this was great!!  Five years was truly a short time period to handle this.  It was a brilliant delay until they had established a brand and content.  The economy going south at the same time.  They did not have the publicly-traded issues of other newspapers in the previous five years.

Eighteen months from the 5-year agreement, the St. Pete Times started to do its homework to maintain the name.  It did not want to make a mistake.  It hired a Wisconsin firm for brand research.  Using focus groups, and qualitative/quantitative surveys in the four-county region, they came across their A-HA! Moment and discovered tha despite changing their brand they would be safe to move forward.

Why were they safe? No matter where you live in the region, you are connected to the Tampa Bay water.  The phrase was already being used by the Tampa Bay Rowdies. Eighty-eight percent of those surveyed said they would not buy a newspaper with another name.  People didn’t like the idea of change, but they would not stop subscribing.  That gave the Times the green light to go ahead with a name change.

They knew the Republicans were coming to town in 2012 and the lawsuit was coming up, so they needed to make the change quickly.  They needed to announce the name claim and change immediately and not give the Tribune a chance to get ahead of time.  They had 60 days to take care of the change – 5,000 racks on the street – and lots of buildings in the area to be renamed.  January 1 was the day to start.  The Times never had a branding campaign until this came along.

They kept this change from the employees and announced it at midnight for employees to watch and then it went to media and other news cycles.  This was the front page article of the Times on November 1, 2011: “New Name – Same Great Newspaper.” The Times had key talking points for employees the following day.

They wanted their brand to reflect what the newspaper had already become.  They made t-shirts and a celebration followed.  For a week, the buzz was enormous and positive about the name change. The Times even commissioned a song about the new brand for Baby Boomers and will be used on radio and TV campaigns, plus social media.

Some of the themes for the song: It is the amazing story that never ends – Right on the street – comedy, tragedy and people just like you, Real time tapestry, Amazing Story that Never Ends,  Heroes laughing at danger,  Final curtain never falls, Legacy. This anthem will be used on radio, mostly in drive time markets.  The newspaper is already working with Clear Channel radio FM 24/7 sports and CBS Radio.

There was another group that would need to know about a change of the St. Pete Times name – a second audience at the arena that was named for old newspaper, the St. Pete Times Forum.  The company unveiled the new name during a Tampa Bay Lightning hockey game.  This is also where the Republican National Convention will be held in 2 weeks.  There was even a negative campaign to say the RNC will not be held at the “St. Pete Times Forum.”  A blogger predicted all of what they were doing.

The graphics for the campaign were handled in-house by staff and made it a natural type of hand-off for the newspaper brand.  The B2B campaign was called “Hand Picked For Your Success” and sent to ad agencies around the country with materials telling about the new name and new brand.  It received compliments from Ad Age, MediaWeek and lots of other trade publications.

Now the newspaper campaign has changed from New Name/Same Great Newspaper to Hundreds of New Subscribers every week.  Media General was going to sell all of its newspapers.  Warren Buffet bought them, all except the Tampa Bay Times.   The reflective logo (showing the St. Pete Times merging into the Tampa Bay Times) is retired. Newspapers are NOT going out of business.

Tampa Bay is smaller today than it was in 2006. Journalism still comes first in the largest newsroom in the southern U.S.  They don’t believe the Web will ever replace the newspaper, but rather complement the newspaper.

As newspapers continue to contract, they continue to share content.  People are still buying newspapers for the right reason – to stay informed – and community journalism should continue to improve the value.