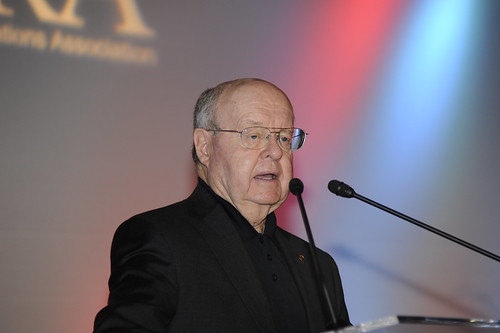 These are really difficult times.  It affects our business, your business, the country and the world.  We have been hit between the eyes with Egypt, Syria, Bahrain, India, etc. and on top of it our own debt crisis, runaway spending, and lack of wise decisions to help the country.  If they worked in your company, they’d be fired – the White House, Congress, etc. – not making wise decisions today.  It is alarming!!!

NASA will experience a remarkable transition and they are in the position of working for those who can’t make decisions.  NASA, through innovation and creativity, will be stronger and better than before.  Economic instability elsewhere – Greece, Ireland, Portugal, Spain, Japan.  The continuing of media madness, privacy invasions, erroneous reporting, Bin Laden’s death will prompt more terrorist attacks.  We are less confident today, in our personal lives and work ethic.

London is burning . . . Hitler asked that question even before he bombed it.  More than 1,000 people have been arrested in recent riots, just from London.  Gangs in Philadelphia were arrested.  Drugs and illegal immigration are still rolling in and cannot be secured.

Let’s go back to 9/11/2001 . . . We are in a tragic period.  What about establishing independence, our fights against the British crown, establishing a monetary system, and all the local governments.  The Civil War and Reconstruction were so traumatic for this country.  America will prevail!!

The fragile nature of our country right now, economically, morally, personal interest, negativism.  The 18 – 24 year old is turning it all off.  When we look back 10 years and come forward, think about the major news stories of the time:

2010
Wikileaks Unveiled
North Korea and Iran Rattling Nuclear Swords
U.S. Combat Operations End in Iraq, but not the deaths of many
Earthquakes again provide our generosity
All Rescued in Chile
American Voters Dump House Democrats
Image Abroad is worse than when Bush was getting criticized

PR CAN WORK!!  We need an infusion of PR ingenuity to help the State Dept.  Leaning toward political correctness by ignoring it is wrong.

BIGGEST RED FLAG – North Korea and Iran threaten others / Mexico being joined with Central America and resources are strained / Terrorism remains 24 / 7 – Don’t expect this to change until 2025 / 2030.

Strain in U.S. intelligence process is the key to unlocking ability against attacks / Info and data must be considered over and over / We have not done a good job of foreign languages – Chinese, Russian, Mandarin, Arabic.

Think about the economic climate, terrorism, loss of confidence in leadership, tough times, unemployment in American today, uncertainty in Wall Street, in D.C., and many other states, here is what we face:

Another major terrorist incident or simultaneous attacks in the U.S. would not come at a worse time than in the next 18 months.  It is very, very, possible at any moment.  Our fragile fiscal foundation, public frustration, low trust, private sector and politicians are hanging out on a limb at the top of a tree.  If it snaps and the odds are great to occur, we will snap.  We’re broke!!

We are just not going to tolerate it.  Be proactive!!  Organizations are not as aggressive today in correcting mistakes in our country.  This acts in the best interest of this country.  Al Quaeda remains our primary adversary.  Bin Laden death did not diffuse the power of his influence and it is great now.  His philosophy and his influence holds strong.

Many radicals do a great job of PR.  Their marketing against the West is exceptional intelligence.  We have killed many of their leaders, interfered with streams of revenue and prevented many attacks.  Five attacks in Kentucky alone.  The terrorists need another 9/11 and if they don’t get it, there are too many others in the wings ready to do it.  They are waiting for Al Quaeda to fail and then the next organization will be in power.

For example:  The scene is a sidewalk leading up to a school.  At the corner crossway, there was a traffic cone with a group of flowers in the top of the cone.  A jogger came along and looked at it.  About a block away, he turned to look at it again and laughed and said to himself  “Something isn’t right.’  He uses his cell phone to alert the Los Angeles PD, telling them this is something suspicious.  The police called the bomb squad to review it.  Following an X-ray – 1/3 of the bottom of the cone had explosives with detonators attached to the flowers.  It would blow up if you picked up the flowers. A kid coming along for school might have done that. He saw something suspicious and he took action.

Number of improvised explosive devices are becoming more and more numerous.  Citizen awareness, alertness and responsible action – eyes and ears – are needed.  We know from experience that eyes, ears connected with common sense thinking would be a deterrent.  Promoted a philosophy of suspicious activities and authorities would take over.  Plan included contacting community groups to sign up for this and included colleges and universities as target areas.  The same could occur within our industries and we need to improve their awareness.  We need to become engaged as first responders.  The media wasn’t too interested in assisting in promotion this campaign.  It’s time to become a more alert citizen!!

We need appropriate logical reporting rather than recklessness.  Did not want to infringe on the rights of citizens.  This program was initiated before Janet Napolitano started See Something / Say Something.  We no longer have the extensive background information needed to protect this country before these types of incidents occur.

Good communications and good public relations are the right approach.

Since the beginning of this century there has been a growth of numerous Arabic organizations that have invaded communications units to spread propaganda, encourage suicide attacks and diminish the U.S.  Pan Air Satellite Networks – Al Jazeer is in Washington, D.C., New York City and Al Araba – Al Manar. The former U.S. Information Agency was a protective agency before it was abandoned in the ‘80s.  We don’t have anything to counteract this.

Arab World steals most of the TV programming.  Mideast dealers fence components.  Decoders are bought illegally and unscramble pay for view channels.  Receivers then sell access to neighbors using crude setups.  It is a dark enterprise throughout the Arab countries and hundreds of channels are made available.  It is low cost.

Enter the program producer or broadcaster fostering anti-American visuals.  Some TV is designed to capture the minds of kids.  Their programs are designed to cause young kids to be suicide bombers.  Our government has fumbled in countering this media.  Amateurs over there and exceeding the performances of professionals over here.  That helps sustain the various groups and organizations targeting the West –America and more.

Another hole that needs filling is the confusion hole.  We are not familiar with it operating 24 hours a day.  If PR does not step in to change, modify the mediocre the threats against all of our institutions, private, public, individuals, against the growth of terrorist activities, use its intellectual power.  Who will do this?  If you work in a PR firm, and you represent clients, because any of them can be targets.  No more World Trade Center attacks by simultaneous attacks across the U.S.  Many different venues and messages of fear in our own nation can be done in any small community in the U.S. and instantly broadcast and they will control the message.  Understand your adversary!!

You provide a piece of equipment and could become a target through your business. You do not know the difference in a terrorist because you are not living with them or around them on a day-to-day basis.  You can’t make good decisions about this.