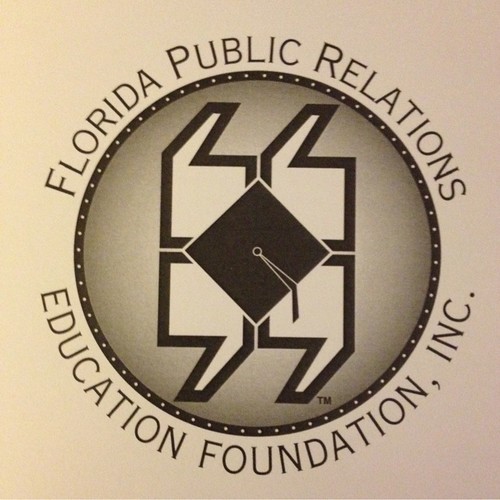 On the first night of the FPRA 2012 Annual Conference, Suzanne Sparling, APR, FPRE Foundation Chair, welcomed guests to the Hall of Fame Recognition and Appreciation Gala. The ticketed event, sponsored by the FPRA Jacksonville Chapter, garnered proceeds to benefit the Florida Public Relations Education Foundation. Thanks to our FPRE Foundation donors, including many in attendance at this year’s annual conference, over $38,515 has been invested in the professional development and education of FPRA members and future practitioners (since 2000).

The program commenced with Melanie Mowry-Etters, APR, CPRC,  and FPRA State President, presenting two FPRE 2012 Hall of Fame Honors. Adrienne Moore, APR, CPRC, was named the 2012 Philanthropy Award Honoree. Adrienne Moore has made the most significant gifts to the FPRE Foundation since 2001. She has been a respected member, serving in many leadership roles at the local level including chapter president, other local board positions, and FPRA’s State President (2005-2006). Additionally, she served two years as Chair of the Florida Public Relations Education Foundation, and was the winner of not only the FPRA John W. Dillin Award, but also the Member of the Year Award and Doris Fleishman Award. She is truly an inspiration and FPRE is proud to honor her in this way. Congratulations Adrienne Moore, APR, CPRC!

The FPRA Ocala Chapter was named the 2012 Chapter Philanthropy Award Honoree. This chapter has given just shy of $5,000 to the Foundation since 2006, including a memorial gift given in support of this year’s “Every Member” Annual Fund Drive. Thank you Ocala Chapter and congratulations!

The Joe Curley Rising Leader Award recognizes an up-and-coming individual FPRA member that has demonstrated emerging leadership traits along with dedicated active involvement in FPRA chapter activities and participation in programs, functions and events. The honor grants a $500 cash award and a $500 FPRA state credit for the honoree to utilize at his or her discretion for state professional development seminars, workshops, or Annual Conference. Congratulations to Jenny Baker, Dick Pope/Polk County Chapter, and all nominees.