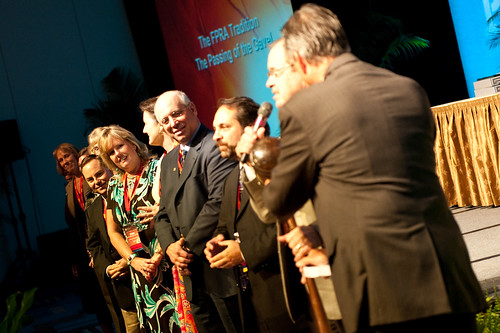 Following the installation of the 2009-10 Board of Directors, FPRA State Association Past Presidents took part in the traditional “Passing of the Gavel.”

Following the “Passing of the Gavel,” incoming FPRA State President, Sheridan Becht made his acceptance speech.