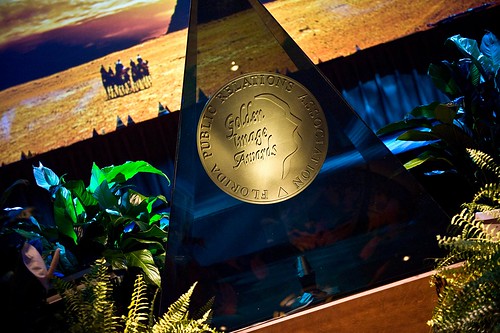 To qualify for judging, an entry must incorporate sound public relations research and planning. Entries also must meet the highest standard of production, execution and evaluation of results and budget. The Georgia Chapter of the Public Relations Society of America in Atlanta judged this year’s entries.

There are three levels of awards given: